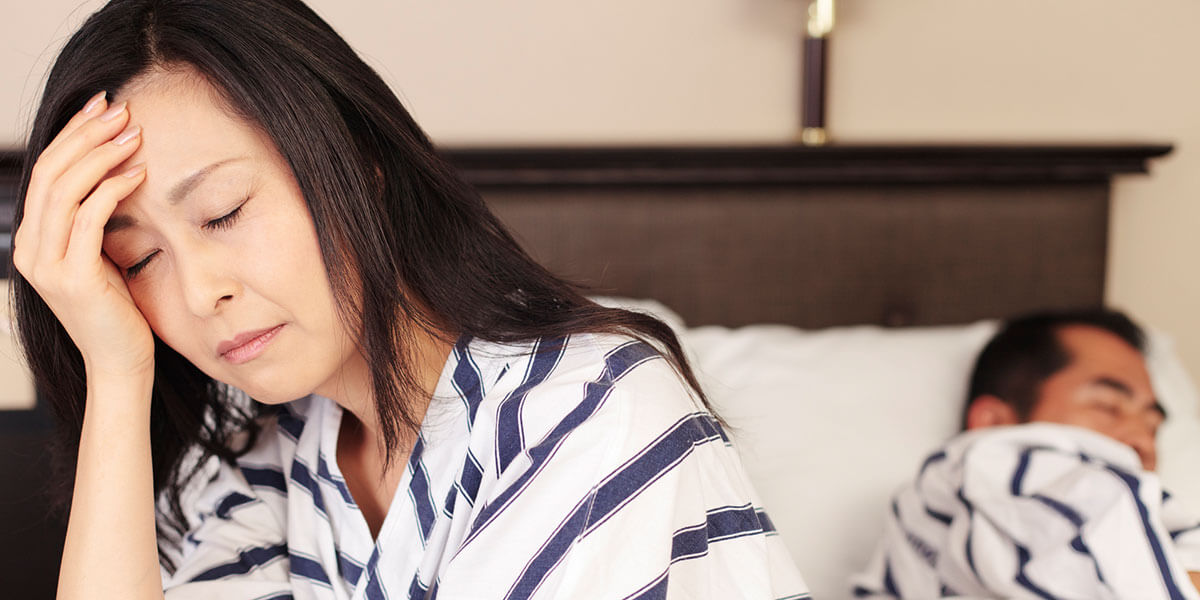 Sleep apnea is a potentially life-threatening sleep disorder characterized by repeated pauses in breathing during sleep. The term sleep apnea is derived from the Greek etymology meaning “without breath”. Breathing pauses can last anywhere from several seconds to minutes, and happen as often as 30 times or more per hour. Ongoing disrupted breathing causes an imbalance between the carbon dioxide and oxygen levels in the bloodstream, as not enough carbon dioxide is exiting and not enough oxygen is entering the body.

Sensing this imbalance, the brain sends a message to the body, telling it to wake up to restart breathing the process. People with sleep apnea will partially awake as they struggle to breathe, and this is often accompanied by loud snoring or choking sensations. Because people with sleep apnea don’t always completely awake during the episodes, they are often unaware they have a sleeping disorder and it can remain undiagnosed.

Common signs of obstructive sleep apnea can include severe early morning headaches, sleepiness in the daytime, and insomnia. Fortunately, the dentist is equipped with the necessary technology and expertise to treat sleep apnea in several different ways.

It is very important to seek medical attention if sleep apnea is suspected. A sufferer can completely stop numerous times per hour, and this can quickly turn into a deadly situation. Obstructive sleep apnea occurs when the soft tissue lying at the back of the patient’s throat collapses into the airway. The tongue then falls towards the back of the throat which tightens the blockage and prevents oxygen from entering the lungs.

The problem worsens when the chest region, diaphragm, and abdomen fight for air. The efforts they make to obtain vital oxygen only cause a further tightening of the blockage. The patient must arouse from deep sleep to tense the tongue and remove the soft tissue from the airway.

Because sleep apnea causes carbon dioxide levels to skyrocket in the blood and oxygen levels to decrease, the heart has to pump harder and faster to compensate for the lack of oxygen. Sleep apnea patients can technically “die” many times each night. Sleep apnea has been linked to a series of serious heart-related conditions, and should be investigated by the dentist at the earliest opportunity.

What does sleep apnea treatment involve?

Initially, the dentist will want to conduct tests in order to investigate, diagnose, and pinpoint a suitable treatment. The dentist can offer many different treatment options which depend largely on the exact diagnosis and the health of the patient. The dentist may advise the patient to halt some habits that aggravate sleep apnea such as smoking, alcohol consumption, and tranquilizer use.

Sleeping masks were traditionally used to keep the patient’s airways open while they slept, but nowadays there are some less intrusive options. Dental devices that gently tease the lower jaw forward are very effective in preventing the tongue from blocking the main air passage. These dental devices are gentle, easy to wear, and often help patients avoid unwanted surgeries.

A more permanent solution is to have surgery that sections the lower jaw and helps pull the bone holding the tongue forward slightly. This surgery has an impressive success rate and is simple for the dentist or oral surgeon to perform. The dentist needs to formally make a diagnosis of each individual case before recommending the best course of action.